I love the movie Inception. I love the plot, the cast, the direction, the special effects (and the non-reliance on CGI), the score, and everything! Not only that, I love the trivia surrounding the making of the movie. There are so many strange coincidences going on behind the making of this movie. I find it fascinating. First of all, there’s the unusual circumstances behind the cast. Now, in the script of the movie there is a specific song used as a plot device. That song is Édith Piaf’s “Non, Je Ne Regrette Rien“. Later, when the studio heads were casting the characters for the movie, they decided to cast actress Marion Cotillard as the character of Mal. They subsequently  came to the realization that Marion had previously played Édith Piaf herself in the biopic La Vie En Rose. So, then they had a little bit of a dilemma. Would they have to change the  song? Would using an Édith Piaf song in a movie which also has Marion Cotillard in it be too weird? Would audiences think this was done on purpose, and would it ruin their enjoyment of the movie? The director, Christopher Nolan, was going to change the song, but the composer, Danny Elfman, persuaded him to keep it, and I am glad they did.

Another strange coincidence in the movie is the casting of Ellen Page. She is most well-known for her role as the titular character in the movie Juno.  She was nominated for an Oscar for best actress in 2008 for that role, but lost to none other than Marion Cotillard. Well, I find that interesting.

Back to the music, I want to restate a comment I made in an earlier post when I say that composer Hans Zimmer is brilliant. This is why I think he is brilliant: Inception Music Comparison. He didn’t just slow down Non, je ne regrette rien and play that during the dream scenes, he wrote an entire orchestral score to sound as though it was the original song slowed down. And then he made it better. I love all the songs on this score. Hans Zimmer even did a concert before the premiere of Inception in Vienna in 2010. Here’s the video: Inception Concert in Vienna. It’s about 21 minutes long, so it’s not a very long concert, and Hans himself is playing the piano at the end. Love. That. Shit. It gives me goosebumps. The choice to keep Non, Je Ne Regrette Rien as the key song was the right one, as it fits the movie perfectly. Inception is all about regret, and the lyrics are perfect with that theme. You can find an english translation here.

I was reading some of the trivia about the movie on IMDB and here’s one of the pieces that I thought was awesome. It says:

In an interview with ‘Entertainment Weekly’, Christopher Nolan explained that he based roles of the Inception team similar to roles that are used in filmmaking – Cobb is the director, Arthur is the producer, Ariadne is the production designer, Eames is the actor, Saito is the studio, and Fischer is the audience. “In trying to write a team-based creative process, I wrote the one I know,” said Nolan.

Here’s a link to IMDB’s Inception trivia page if you want to read more. I recommend it.

Now, down to the meat of the matter: the plot. I personally love movies that play with your brain, and, man, this one was a big one.  The very last 5 seconds of the movie I was like “Oh… Ohh….Ohhhhhh… GAAAAAHHHHHH!!!! I can’t believe he ended the movie like that!! Leaving the audience hanging like that, that takes Balls of Brass!!” You can’t NOT talk about it afterwards. It affects you. I personally believe that the totem would eventually fall over and show that Cobb is back in the real world. I know that there are strong arguments against that possibility, but I want to believe in the super ultra-happy ending!

I loved the whole use of the totems as plot devices. I love the fact that Cobb doesn’t use his own totem, he uses Mal’s. That tells you a lot about him. I also love the choice of totem made by the characters Arthur and Ariadne. If you remember, Arthur used a loaded die. I find that this speaks a lot to his character. He is a man who does not like to take chances. He will not go into a job if there is any uncertainty about the outcome. He is reliable, rational, and will always have your back. Most people don’t remember right off the bat what Ariadne used as her totem, but it was a chess piece. Specifically, it was the bishop. Now, in chess the bishop is seen as the advisor to the king, and in the movie the king would be Cobb. Think about it. Ariadne is the voice of reason that Cobb desperately needs at that point in his life. I wish we had gotten to see what the other character’s totems were.

Of course, Ariadne herself is a key plot point. The name Ariadne is taken from Greek mythology. She was the daughter of King Minos, who had a giant labyrinth. Theseus was put into the Labyrinth by King Minos as a sacrifice to the minotaur inside the labyrinth, but Ariadne helped him escape by giving him both a sword to kill the minotaur and a ball of red thread with which he could find his way out. In Inception, Ariadne gives Cobb the will to battle his personal demons. I think she also is sort of a personification of the thread. It is with her help that Cobb is able to save Fisher and Saito and get back to reality.

I love that the majority of the special effects were done without the use of CGI. I’ve got a separate rant about the overuse of CGI in movies, and I’ll go into all that later. I love the the hotel hallway fight scene. It was AWESOME! I love that there was hardly any CGI used in that whole scene. I still have no idea how they did it!!  I love that Joseph Gordon-Levitt did almost all of his own stunts during that scene. I love the scene at the beginning of the movie when Saito’s dream is collapsing and Cobb is standing there watching all the water burst in through the upper windows. I know that was done with these huge water cannons. Practical effects. I love the scene with Ariadne and Cobb when they’re talking at the little cafe and Ariadne learns she’s in a dream and it starts collapsing and shit starts exploding everywhere. I keep flinching during that scene because I almost expect a piece of something to come flying at me. Also, I love the scene where Cobb is telling Ariadne about how Mal died, that kills me every time.

The last thing I wanted to mention about this movie is something that came months after I saw it. When it came out on DVD I had to own it right away, so I immediately bought myself a copy. I wish i could have bought a blu-ray copy but I did not have a blu-ray player at the time. Fortunately, my very best friend in the whole wild world bought herself a super awesome blu-ray copy in a fancy package, took the blu-ray out and gave me the package! I love that woman! So, this package is one of the coolest movie packages I have ever seen. First of all, it comes in a mini silver briefcase just like they use for the machine in the movie except it says Inception on the front. It’s a nice, well-made case. I use it a lot. Inside the case was a bunch of crazy merchandise. I love movie memorabilia, and this case had a lot! It had a replica spinning top totem just like the one Cobb uses, except it also says Inception on it. I got 7 of these gorgeous little postcard-sized sized posters of each of the characters with their “role”. They are as follows:
Cobb = The Extractor
Arthur = The Point Man
Ariadne = The Architect
Eames = The Forger
Mal = The Shade
Saito = The Tourist
Fisher = The Mark

The briefcase also contained a mini comic book detailing the events that occurred just before the start of the movie. All of these items are amazing and wonderful and I love the hell out of each of them, but there’s one more item I want to talk about. It’s the weirdest item of all and one that is easily overlooked. It’s an instruction manual on how to work the machine from the movie. When I first saw this I was in near hysterics. I mean, what a bizarre and brilliant thing to include. When you look back on the movie you’ll realize that they never once explain how that machine works. You’re just so wrapped up in following the plot that you don’t even have time to wonder how the heck that thing works, you just suspend your disbelief and accept that it works. Well, I’ve got the bloody manual for the thing! I know some people could say the fact that Christopher Nolan didn’t put anything in the movie about how the machine works is a sign of lazy writing, but I disagree. This instruction manual is my proof that he did think about how the machine worked. If he had included such a scene in tbe movie the run time might have been too long or it may have ruined the pacing. It took Christopher Nolan 8 years to write this script. Think about it. EIGHT YEARS! This just proves that there was no lazy writing anywhere.

So, there you have it. My rant about Inception and the weirdness surrounding it. Hope you found it as interesting as I did. 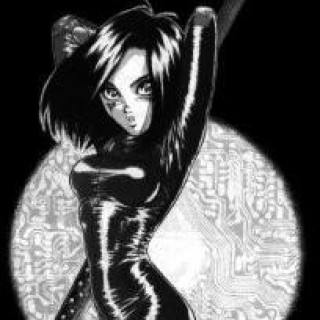